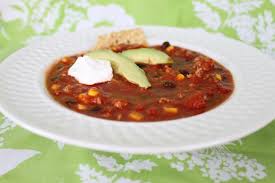 It's Time for Soup

I love autumn... heat turns to cool, sweatshirts come out and along with autumn comes SOUP weather... I love Soup!  Today, I found a recipe that I actually have all the ingredients for... so for lunch I'm making a NEW Taco Soup.  Here is the recipe if you'd like to make it along with me! (pictures later)

Posted by Unknown at 6:19 AM No comments: 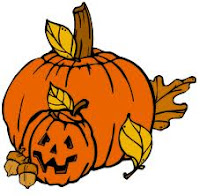 YAY!!!  I LOVE pumpkin season!!  I love pumpkins... pumpkin pie, pumpkin muffins, pumpkin lattes, pumpkin coffee creamer, pumpkin cheesecake, pumpkin ice cream! OH..... and pumpkin SOUP! Oh Yesss.. if you haven't tried it... the best so far I've had is at the Emerald Tea Room in East Peoria.  But they don't have it all the time, she changes the soup up daily so you have to call (309) 694-1972 or write her on her Facebook page and ask if she's having it, or WHEN is she having it... its SOOOO good.

Anyway..... I cooked up a couple pumpkins a few days ago, and I've been laboring on what to make with the pulp! There are sooo many good things that come to mind (as you can see above and I'm sure I missed a few) but I think I have found THE thing to start off my pumpkin season! It looks soo yummy, I'm going to make it THIS morning! It is called "Pumpkin Pie Cupcake" and looks like this...

I wanted to make these last nite but didn't think I had any heavy whipping cream. This morning I saw a whole Quart in the fridge! The cream fairy must have visited over night! So, I'm off to the kitchen to start work!

Pictures later!
Posted by Unknown at 6:09 AM No comments: